Home » News » Local News » “If We Don’t Regulate Social Media, It Will Destroy Us” – Lai Mohammed (Checkout Reactions From Nigerians)

“If We Don’t Regulate Social Media, It Will Destroy Us” – Lai Mohammed (Checkout Reactions From Nigerians)

Minister of Information and Culture, Lai Mohammed has come under fire over the call for the regulation of social media in the country.

The minister had appeared before the House Committee on Information, National Orientation, Ethics, and Values on October 27th where he stated that the next fight to focus on in the country is the regulation of social media before “it destroys us.”

Nigerians on social media however condemned the minister for trying to shut down the voice of the youths in other to have control as the government does over the press.

See some reactions below; 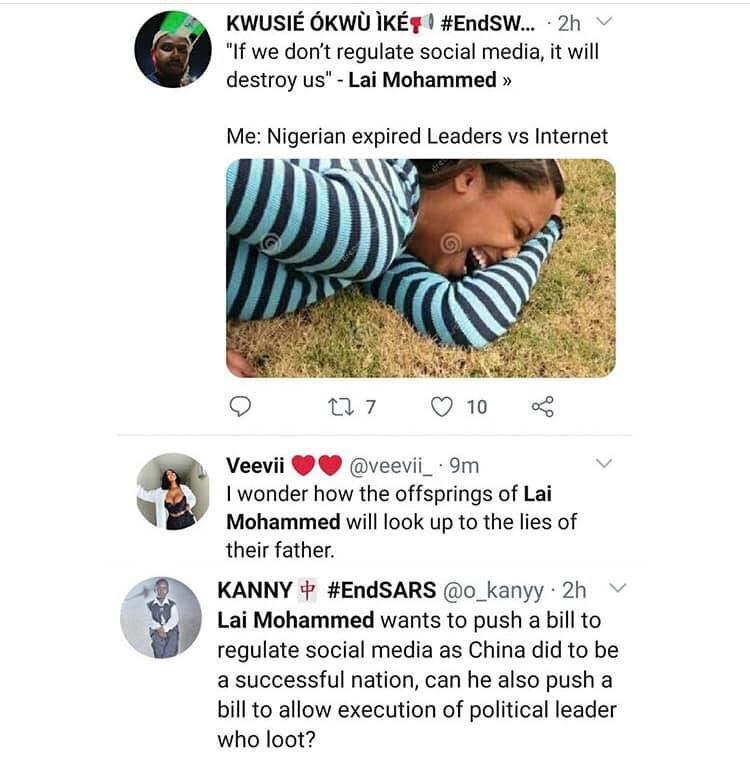 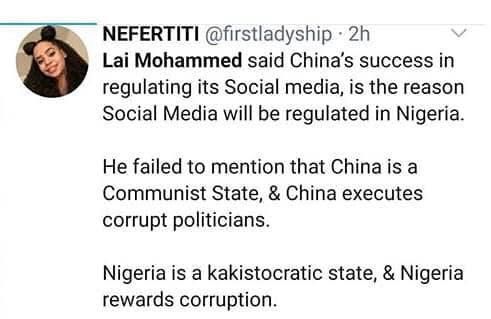 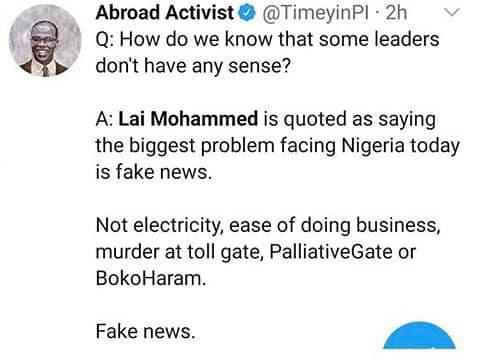 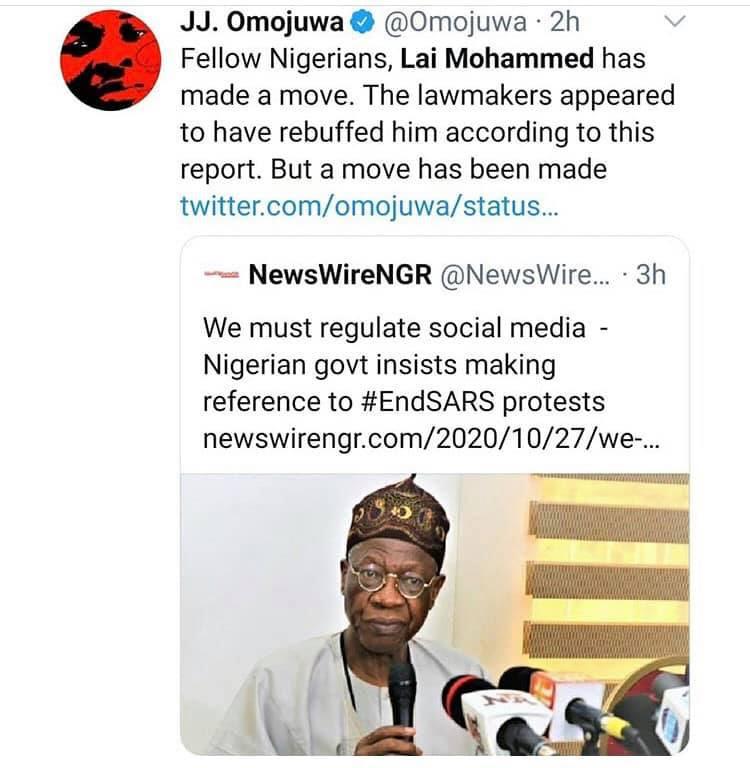 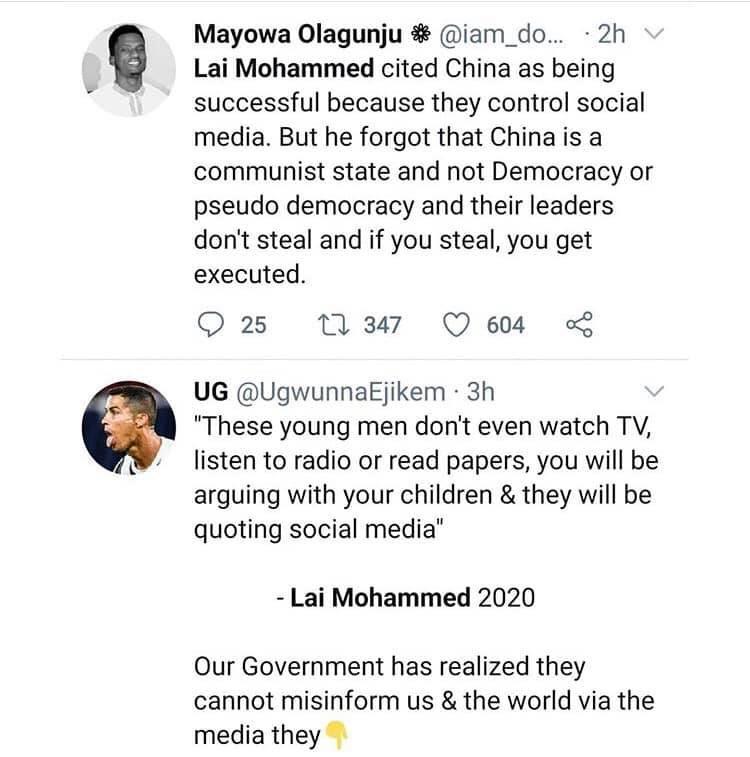 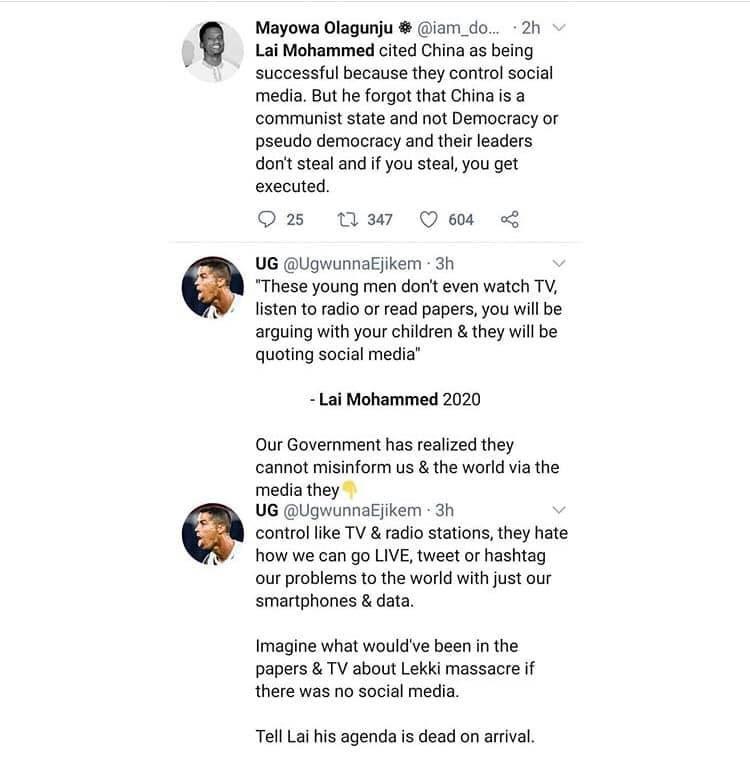 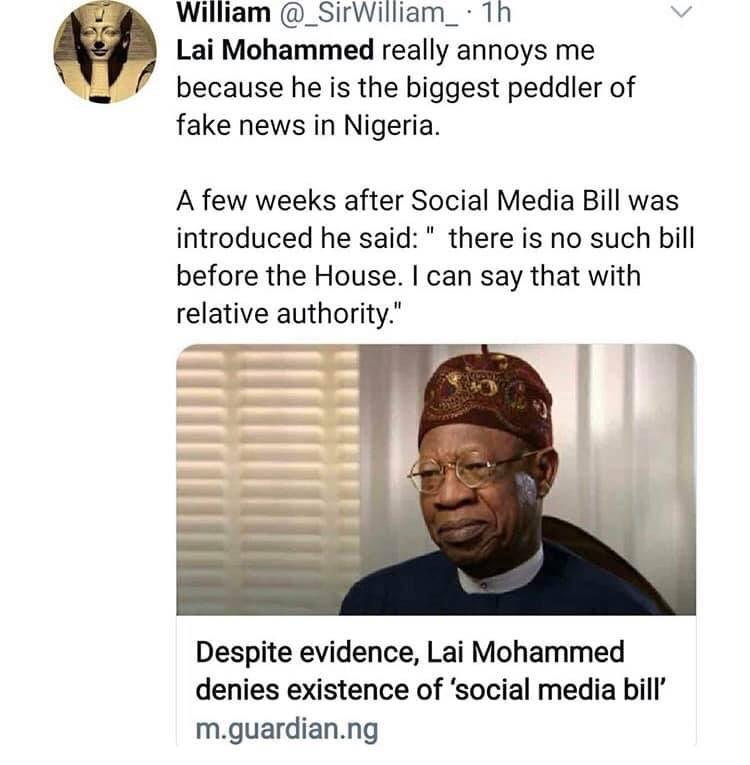 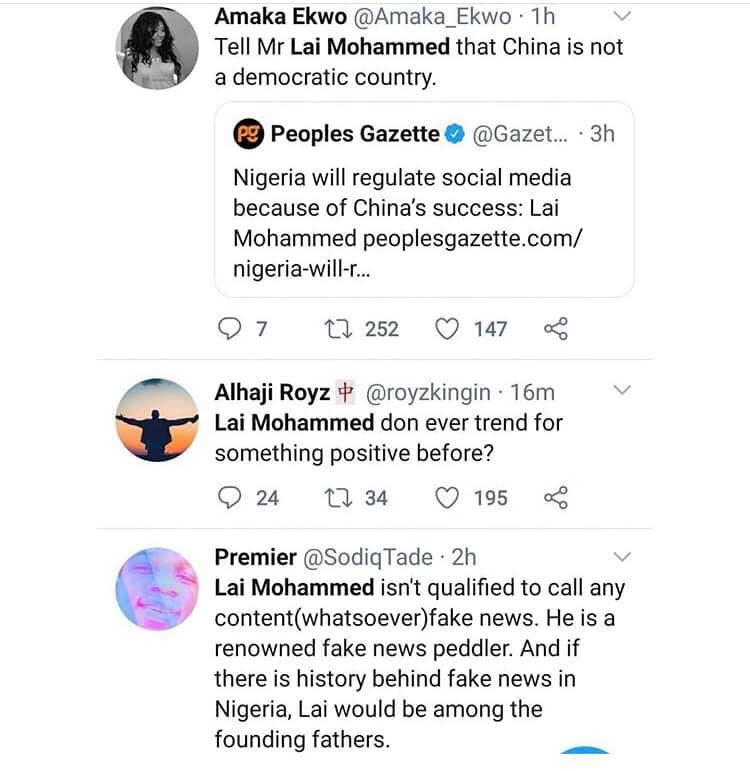