Home » Tale Gist » ‘It Hard To Quit Because Of The Money And Gifts’ – 19 Year Old Girl Addicted To Married men, Shares Story

‘It Hard To Quit Because Of The Money And Gifts’ – 19 Year Old Girl Addicted To Married men, Shares Story

A 19-year-old girl who claimed its difficult to resist married men because of the gifts she receives from them, is seeking for help.

According to young girl, she’s presently in a long distance relationship with boyfriend of three years, narrated how she started developing interest in married men.

According to her, she has been seeking admission since she graduated from school. While at home, she fell in love with her boyfriend and they started dating till he left for school.

She said she has been loyal to him for two years, till she came in contact with some friends who date married men. She began to feel the pressure to join them, and sooner than expected, a married man asked her out and she accepted.

They broke up afterwards, but since then, she has found it difficult to stay away from married men, due to the gifts she receives from them.

Read her story below; 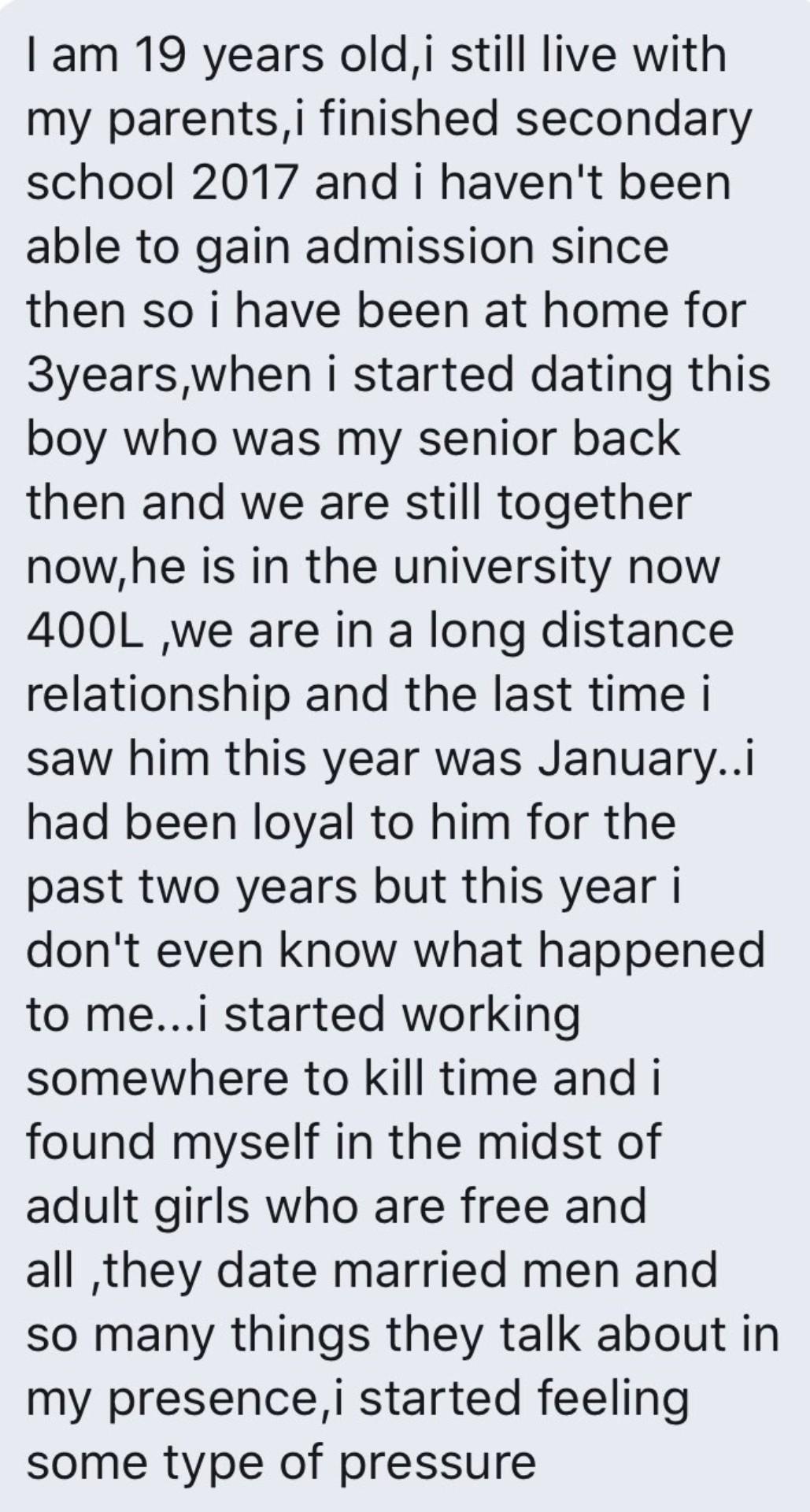 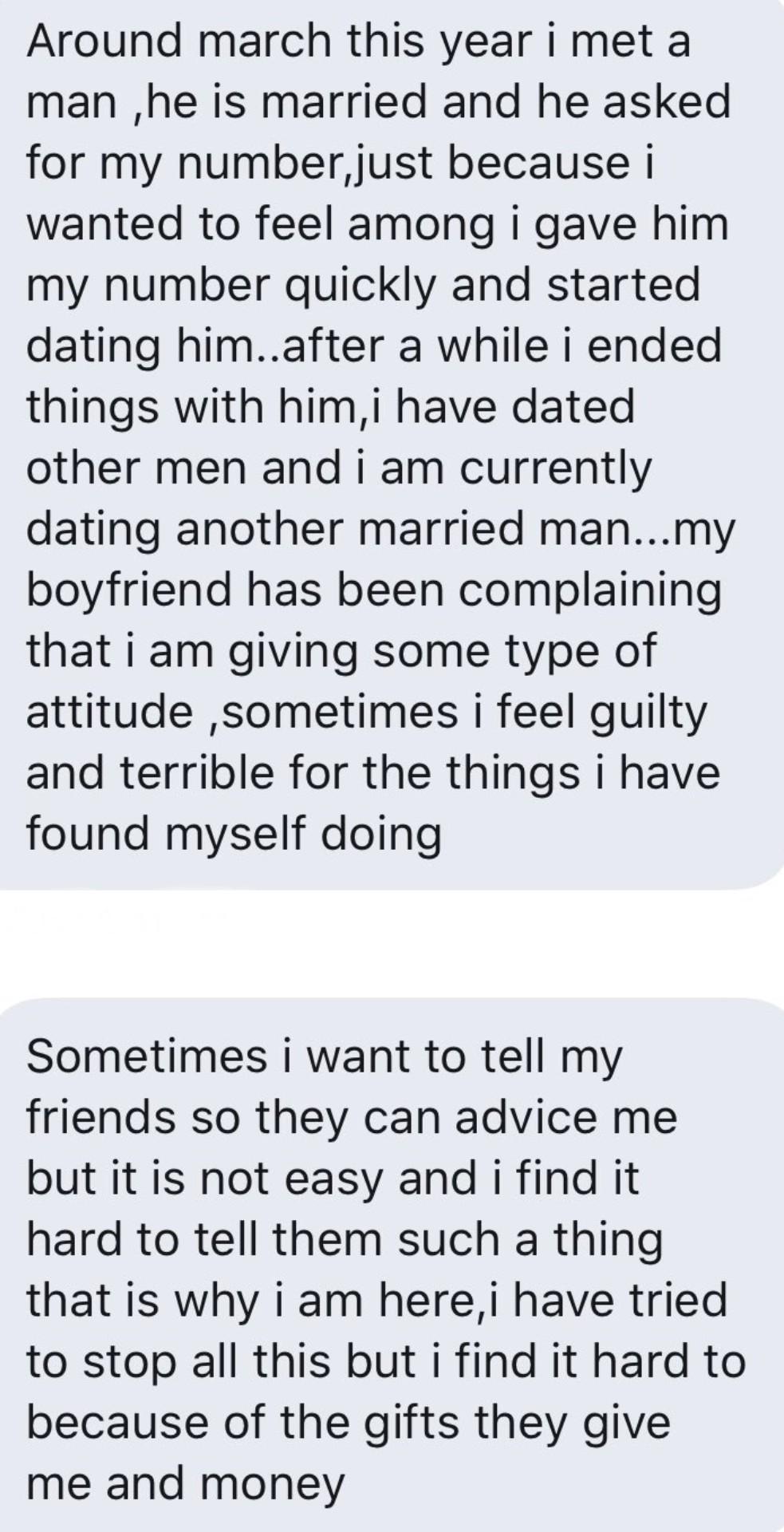