A Nigerian man has revealed his encounter with a lady who tried to get too close to his family, after three weeks of knowing each other.

According to the story shared by postsubman, the lady had shown him “green light”, so he decided to ask her out.

However, after a short time, she started lamenting about their house rent being due, and how the landlord wants to throw her family out.

Three weeks later, she was asking to meet his mother and family members, and he bluntly refused, cause according to him, it’s still very early for that.

He said the relationship began to take another turn after then and he couldn’t continue anymore. He also shared a short chat between them to confirm that they’re no longer together. 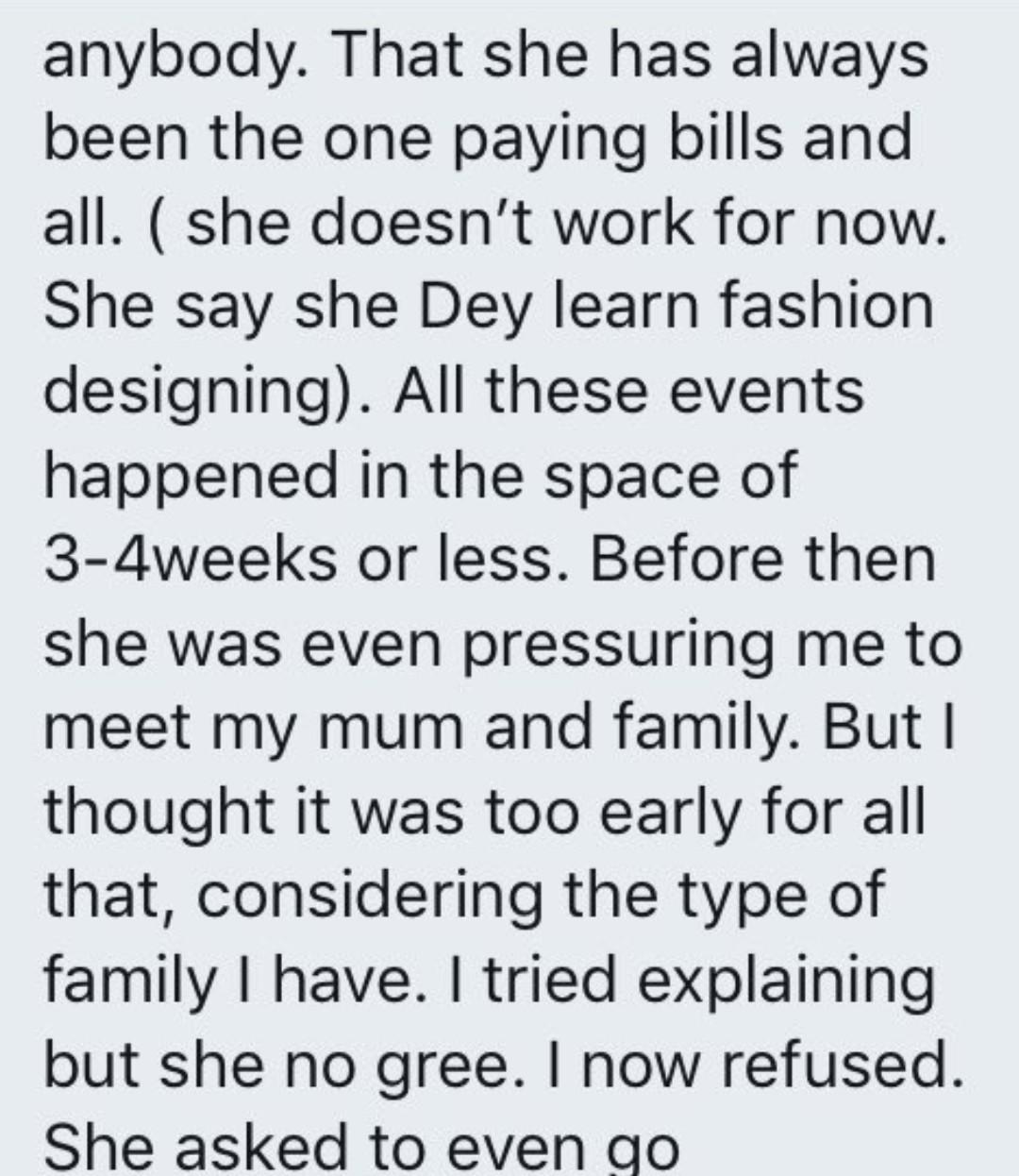 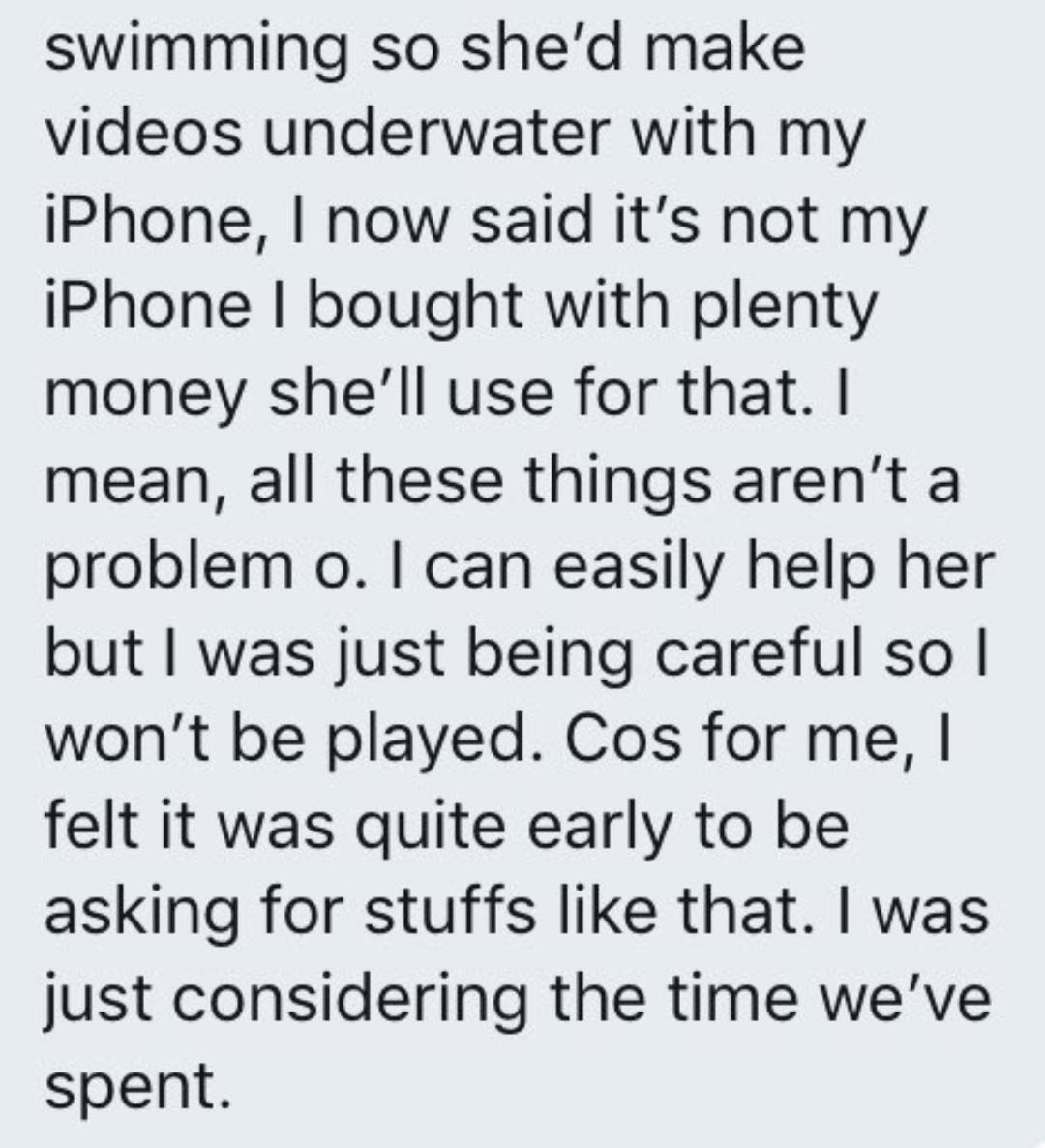