A devastated Nigerian lady has shared her chat with boyfriend who got her pregnant and offered her N55k to get rid of it.

According to the leaked chat, her boyfriend identified as Moses got her pregnant but not ready to take responsibility.

Despite several attempts to make him accept his unborn child, he denied the pregnancy and even offered her N55k to get rid of the “doomed” pregnancy.

The heartbroken lady however assured him that she will definitely get back at him for the pain he has caused her. According to her, she never thought he would deny her the way he did. 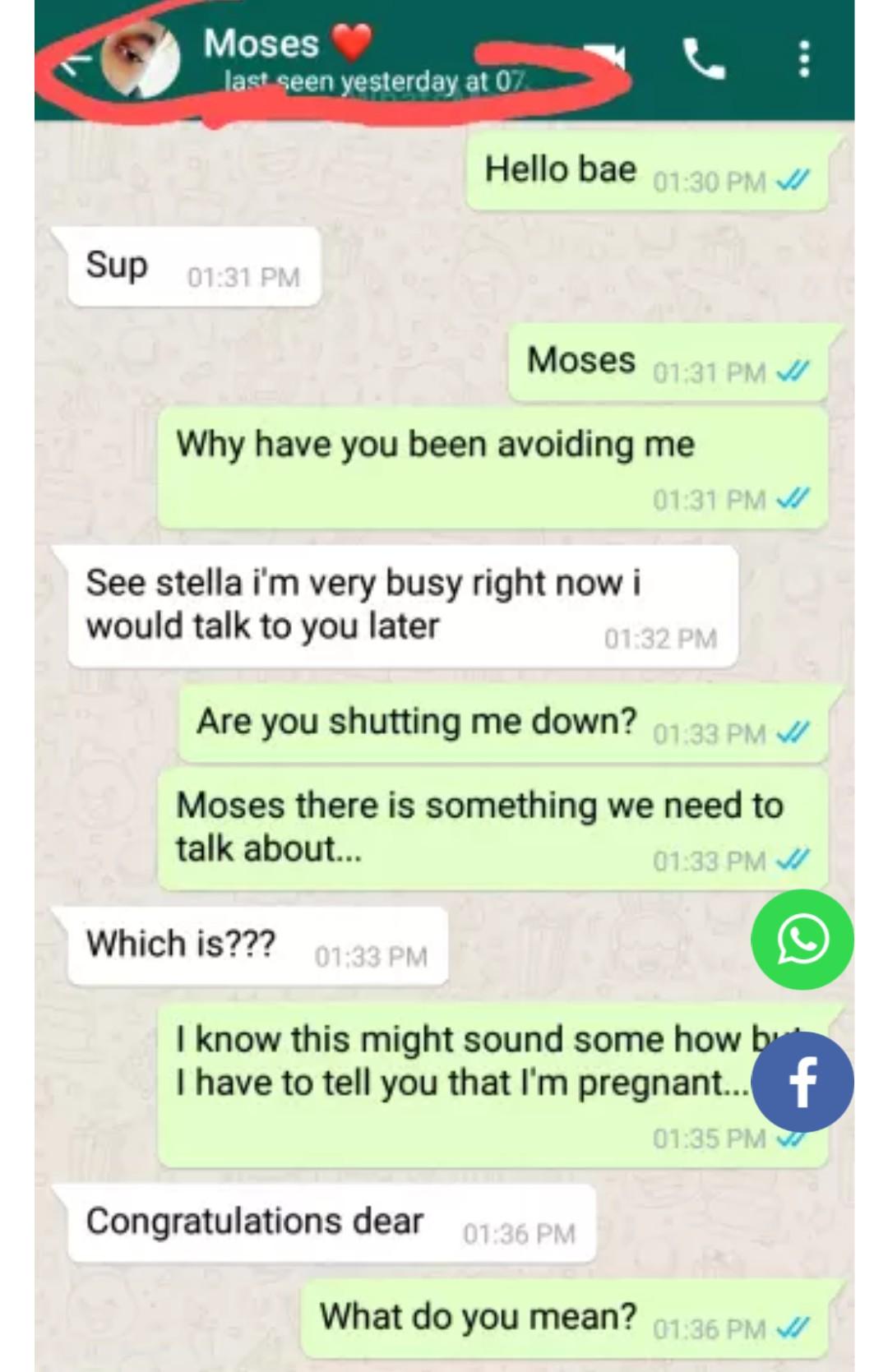 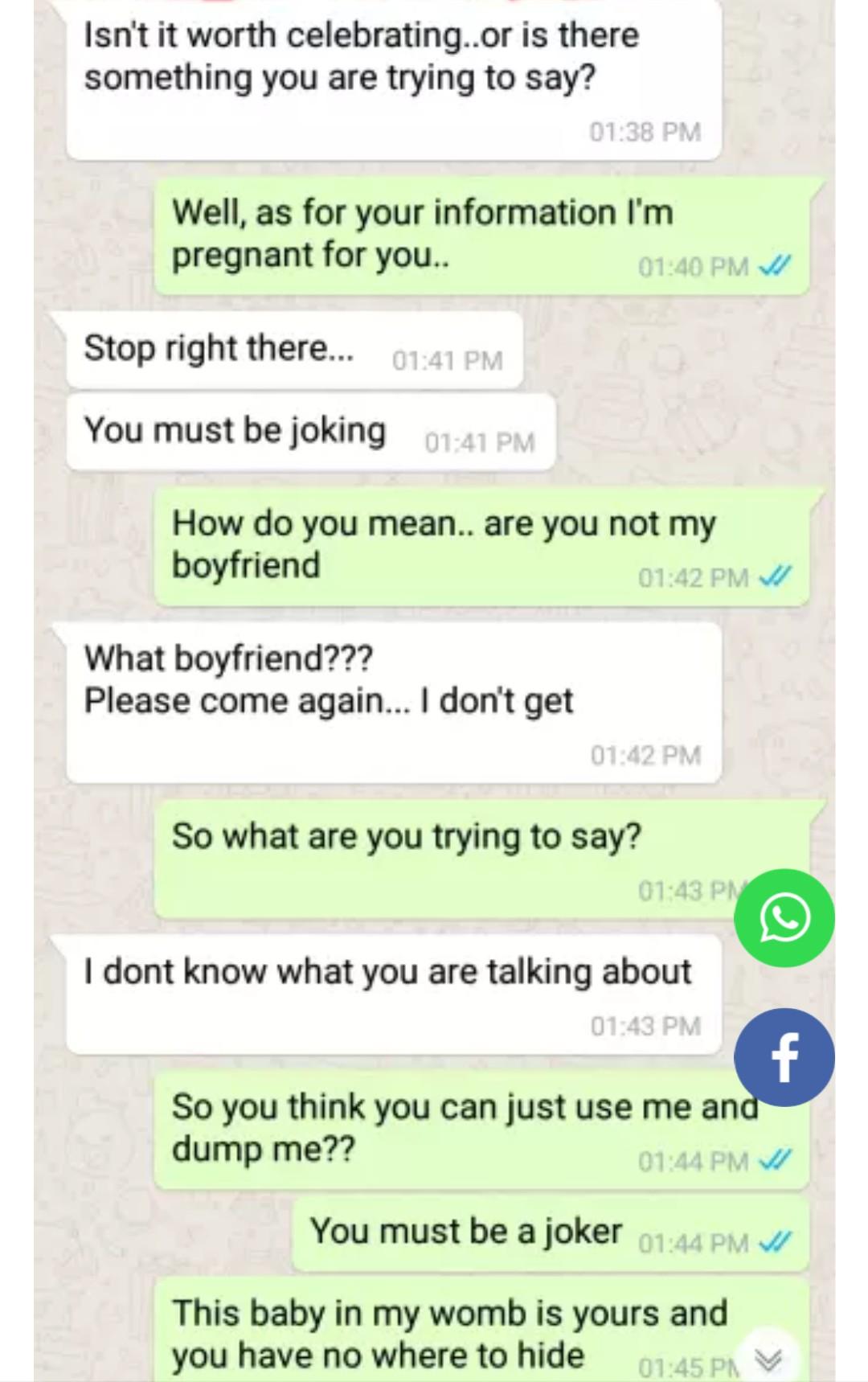 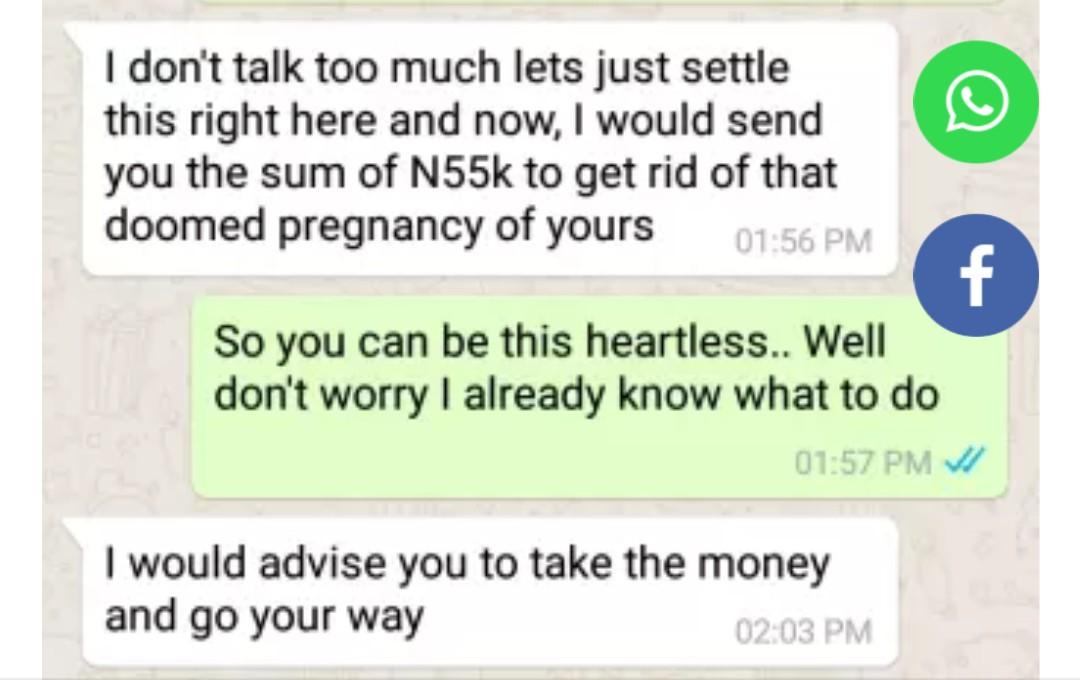